What Employees Really Want and 4 Ways to Deliver

“You may never have proof of your importance, but you are more important than you think. There are always those who couldn’t do without you. The rub is that you don’t always know who.”

That little nugget is by Robert Fulghum in his book, All I Really Need to Know I Learned in Kindergarten. By the time we can tie our shoes, we know the importance of saying “thank you.” It’s one of the first social courtesies we’re taught.  Somewhere between the kindergarten classroom and the corporate boardroom, the practice of gratitude often gets lost. Let’s face it… life moves fast and people are busy. There is a never-ending race to be better and faster and first to market, analyzing numbers, improving processes, and trying to keep employees engaged to deliver a better bottom line.

When it comes to our personal or professional happiness, there is fundamental element that hold true — the need to feel appreciated and valued. A simple and sincere gesture of gratitude is one of the easiest ways to have the greatest impact on your organization.  And a simple “thank you” is one of the best ways to keep your employees engaged and productive.

When employees feel appreciated and valued, it satisfies their need for belonging and affirms the commitment they’ve made really matters.  People who are appreciated for their contributions are motivated by that recognition to exceed expectations.

Neuroscience explains what happens when someone acknowledges our efforts and thanks us for being a valued member of the community (e.g., dopamine, oxytocin, etc.). Scientific studies have shown that the neurotransmitters released during expressions of gratitude actually help the brain decrease stress and increase happiness and well-being. Now, we also know that gratitude has a huge impact on effort and productivity.

According to recent research conducted this year, 79 percent of employees who quit their jobs claim that a lack of appreciation was a major reason for leaving. 65 percent of Americans claimed they weren’t recognized a single time last year. And as the number of employee recognition and reward programs soar, more than 60 percent of employees indicate that they are more motivated knowing their work is valued and appreciated than by money.

"There are only two things people want more than sex and money... recognition and praise." -Mary Kay Ash

A recent study published in the Journal of Personality and Social Psychology explored how being thanked and the perception of being valued affected personal competence.  In the first experiment, students were asked to provide feedback on a fictitious cover letter.  Half of the subjects received confirmation of their feedback, while the other half received a message that expressed gratitude for completing the task. When the researchers measured the subjects’ sense of self-worth afterward, 25% of the group that received confirmation felt higher self-worth compared to 55% of the group that received thanks.

The “gratitude effect” was explored again in a field study to determine how it impacted productivity. The subjects were fundraisers who all received a fixed salary regardless of the number of calls they made. The director visited one group in person to express his appreciation for the job that they did and the contributions they were making to the organization.  The second group did not receive a visit from the director or any expressions of gratitude for their work.

That simple demonstration of gratitude generated an increase in the number of calls by more than 50% over the previous week, while the calls of those who had not received thanks remained the same as the previous week.

A survey of more than 2,000 adults conducted on behalf of Glassdoor supports the gratitude effect on motivation and productivity.  A large majority (81%) of employees reported that they’re motivated to work harder when their boss shows appreciation for their work, and more than half (53%) of employees reported they would stay longer at their company if they felt more appreciation from their boss.

As an employer or manager, hopefully, you’ve already recognized the need to recognize great  employees for their work. But remember, "Good job" is not the same as "Thank you." Here are a few simple ways to build a culture of gratitude.

We all want to know that what we do matters. Leaders can set the tone and expectation for a culture of gratitude. If they recognize employees’ efforts and show genuine appreciation for their contributions to the company, the result will be a ripple effect across the entire organization that will drive significantly better results.

Saying “thank you” to employees is not just polite, it is smart business and critical for employee engagement. It is perhaps the simplest, most impactful way to motivate them and inspire them to want to keep working at your company. In fact, many say that a personal “thank you” means more than other rewards, perks, or recognition programs. It costs NOTHING, and the rewards are HUGE! 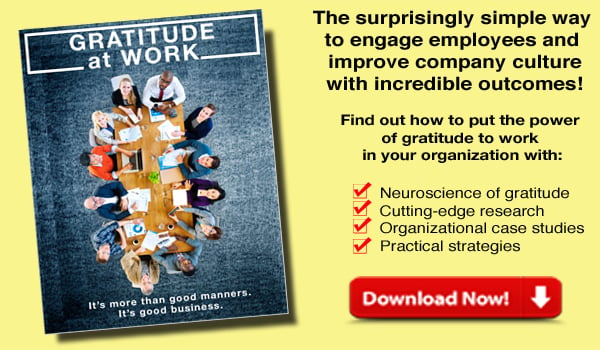 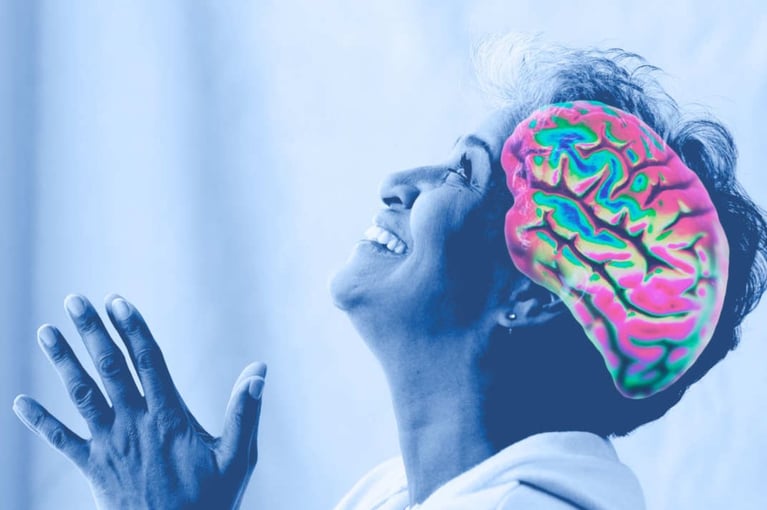 Inside a Grateful Brain 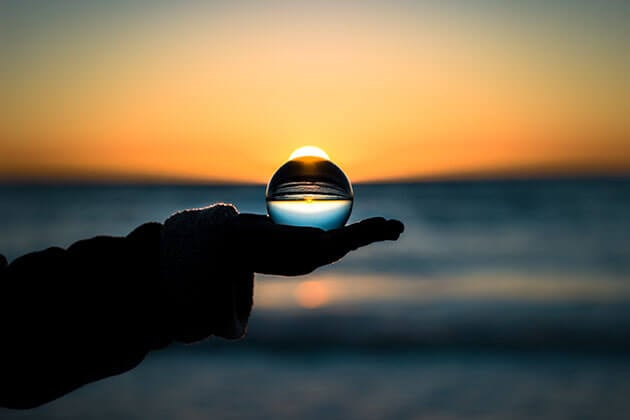 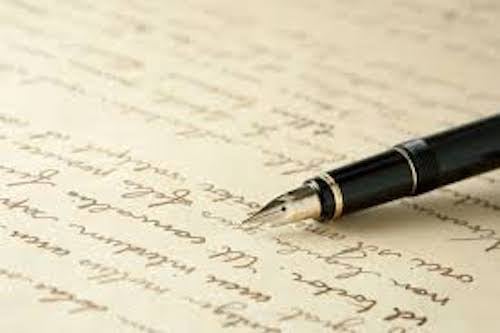